If you google the term “lease lease back” the top hit is Blach Construction, Cabrillo Unified School District’s six time no bid contract vendor, where $45.3M or 72% of all our Measure S dollars have gone. Many feel that school districts throughout California have used “lease lease back” agreements to circumvent competitive bidding laws that are designed to ensure most efficient use of taxpayer dollars.

On February 12, 2015, CUSD made the unusual negotiating move of announcing they had selected Blach Construction as the no bid builder for the Cunha gym, Pilarcitos, and Hatch, long before they had any agreements in hand. The first two no bid contracts with Blach Construction were signed four months later in June 2015. 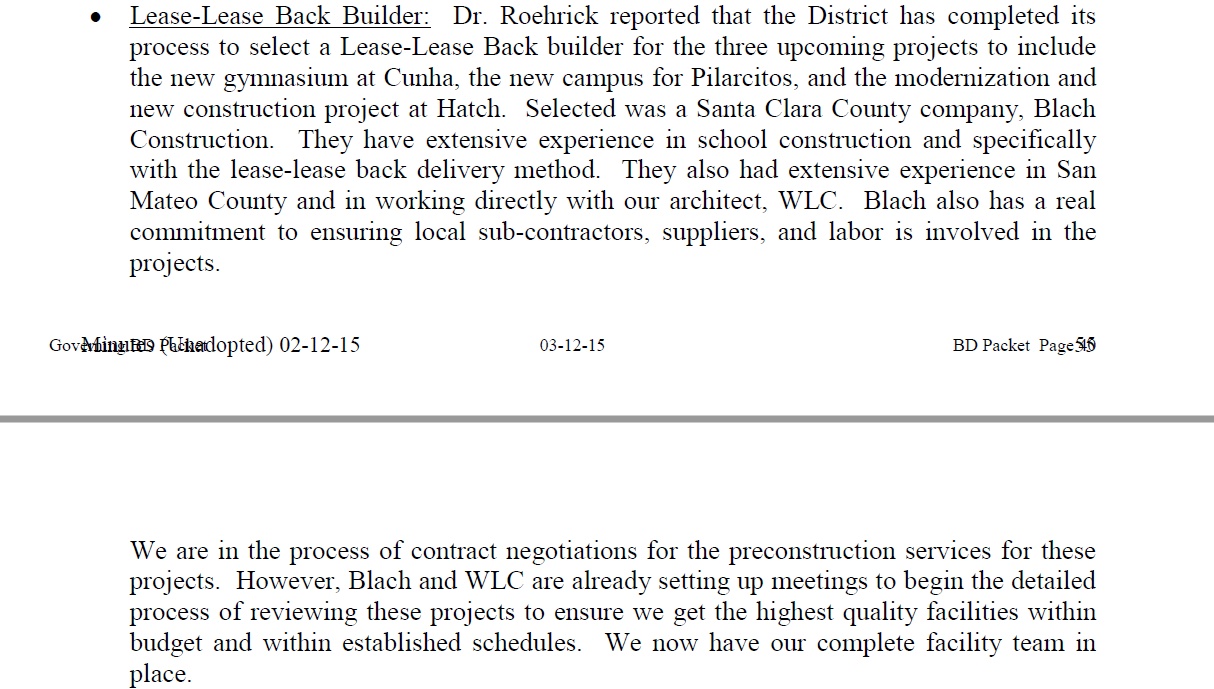 Just a few weeks after CUSD signed its first no two bid contracts with Blach Construction in June 2015,  in July 2015 a California Appeals Court ruled that a lease leaseback contract was simply a way to get around competitive bidding requirements and ruled that contract illegal, potentially invalidating no bid contracts statewide

Billions of dollars in California school construction projects are in legal limbo after a state appellate court ruling determined the no-bid contract used to hire a construction firm in a Central Valley school district — a kind of contract found in districts across the state — was illegal.

The court ruled that the Fresno Unified School District misused a provision of state law called “lease-leaseback,” which allows districts to lease property to a contractor, who then builds or fixes school buildings, without a competitive bidding process that would otherwise give the job to the lowest bidder.

On January 19, 2017, the CUSD Board approved the latest no bid contract with Blach Construction, this one for $14.6M for Building C repairs. This contract did not have any bids, so it did not conform to AB 2316 which had taken effect on January 1, 2017. 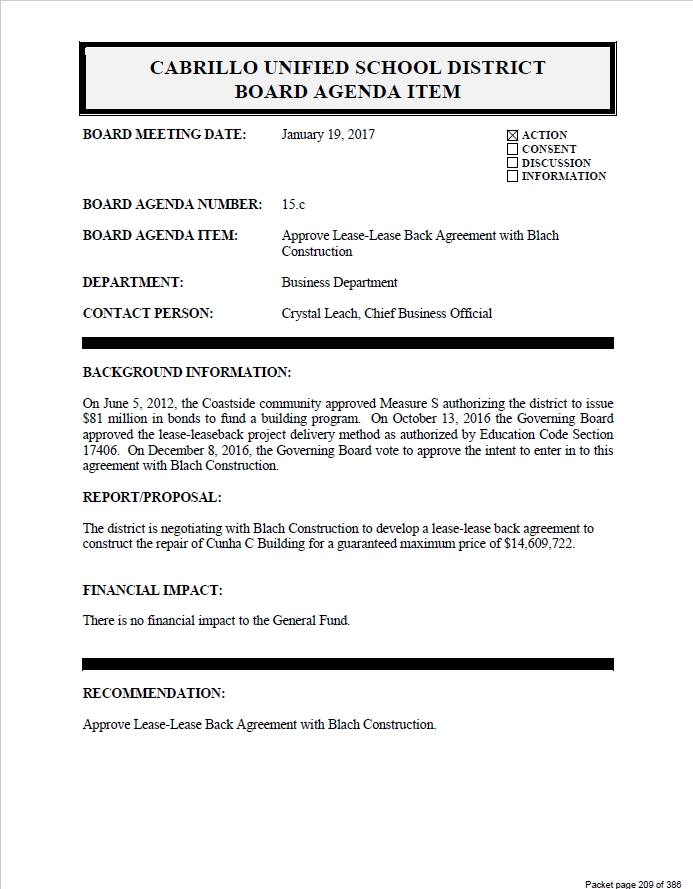 The CUSD Board then spent most of 2017 trying to fix the January 19, 2017 no bid contract to make it legal, all the while apparently not withdrawing the original January 19 no bid contract.

In March 9, 2017, the CUSD Board approved a lease lease back RFP criteria with a 100 point rating system.

On May 25, 2017, the CUSD Board awarded Blach Construction a perfect 250 out of 250 points in their lease lease back RFP criteria with no explanation for how the criteria had changed since March. 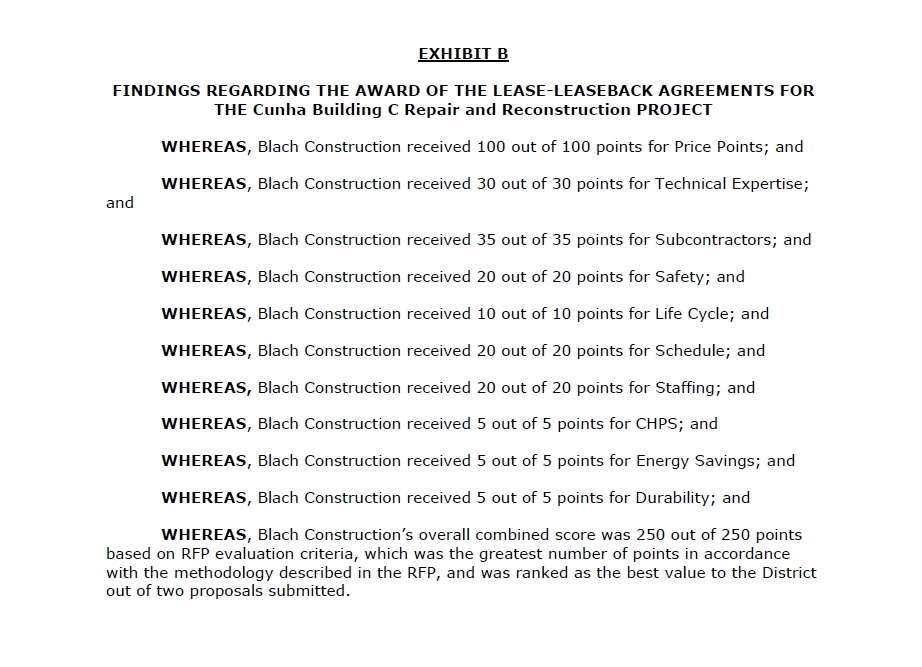 Sharp eyed readers will notice it says there were two proposals submitted above.  A Freedom of Information Act Request indicates this was in error, Blach Construction submitted the only proposal. 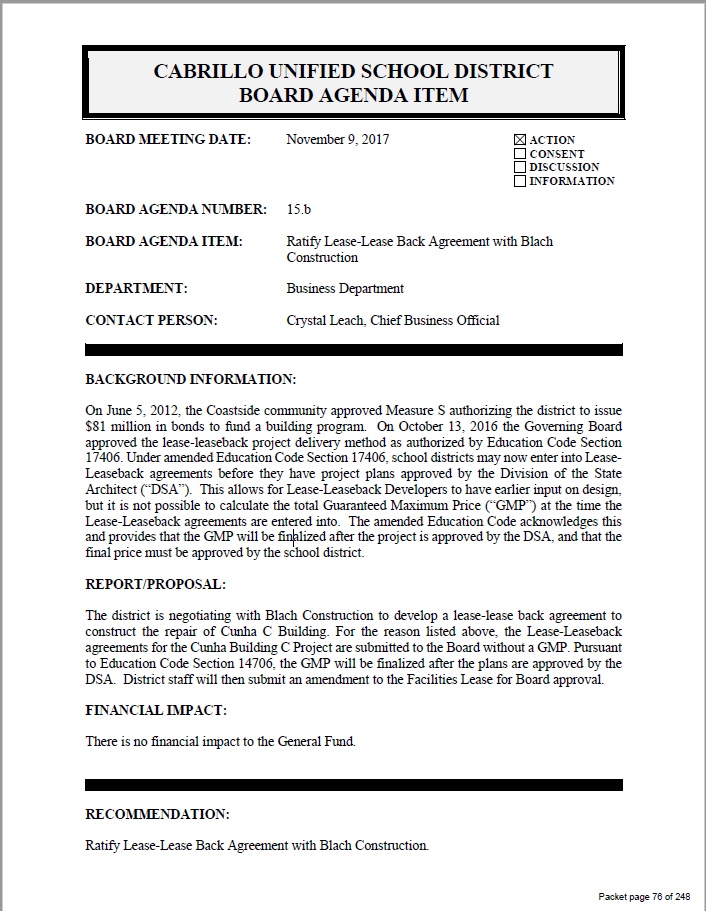 Our vendors are telling us who will execute a construction contract before it has been bid. 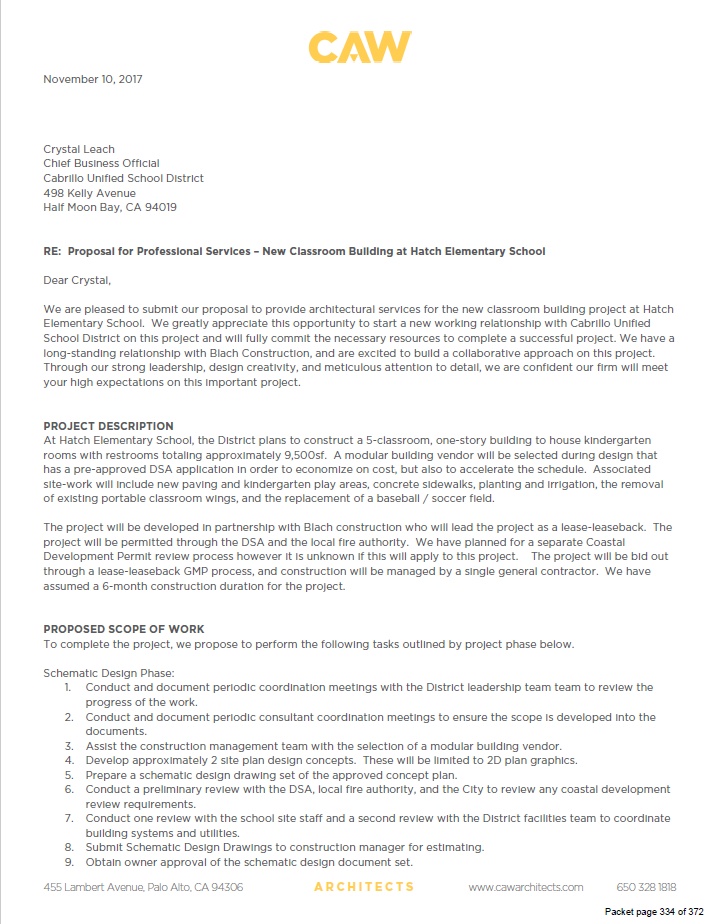